cudos to Miles Saltiel for coining this term!

The oral history around Cotopaxi has been that Saltiel had ulterior motivesin bringing the Jews to Cotopaxi, specifically that he needed labor for his mining promotions.

Over the years, interviews with ACTUAL LIVING COLONISTS, their descendants, and local residents of Cotopaxi have verified this history. Flora Jane Satt wrote a thesis that documented this history.

You may find a few discrepancies, but there is no conspiracy therein.

However, we live in a time where history bores "historians" to death.

So revisionism for the sake of excitement thrives.

The trick, it seems, to successful revision is to talk in circles to the point where the listener is dizzy and cannot see or walk the straight line.  Then simply say "follow me."

Of course local history stories have their problems.

For instance, like the interview of Glen Mullins wherein Glen states that Charlie McCoy was a good friend of Gold Tom.

With local history sources, you have to KNOW your sources and their family history to sort out their information and bias.  Glen was related to Charlie McCoy.  So of course the fact that McCoy and George Meyers were in cahoots in picking on Gold Tom, and that Gold tom was an old man and Charlie was a young man will be revised to "he was his good friend."

Likewise someone claiming to be related to Emanuel Saltiel

without being able to document such a relationship might, by common sense, send up a red flag to a historian (and of course, this documentation would go beyond saying "a long time ago maybe we were related because of similar last names in otherwise divergent family genealogies", for that would not preclude an historic borrowing of a name someplace in the genealogy. Who knows? - a person with a Jewish name that does not observe Judaism and has Muslim ancestors might send out another red flag to a historian?). Perhaps the "historian" will  not catch that red flag if you are from an exotic foreign country...like..uh..England.  But I digress.

IN the Local History Center in Canon City, they have a file on Emanuel Saltiel.

Therein are several documents related to Emanuel and Cotopaxi.  They also maintain a file the Cotopaxi Colony.  It appears a good deal of research on Saltiel was at the request of a Tamuz company that was planning to make a documentary about the Saltiel family.

There was a handwritten page consisting mostly of references to land declarations but also some other references, including a lien against Emanuel Saltiel by a Minkousky.

Now Minkowsky is not mentioned by Satt in her thesis or by Dorothy Roberts in her earlier work, but in a MUCH earlier document by Julius Schwarz he is described as a colonist.

So I asked my sister Jen Lowe to look this document up when she was at the Fremont County Clerks office in Canon City.  She found the following document: 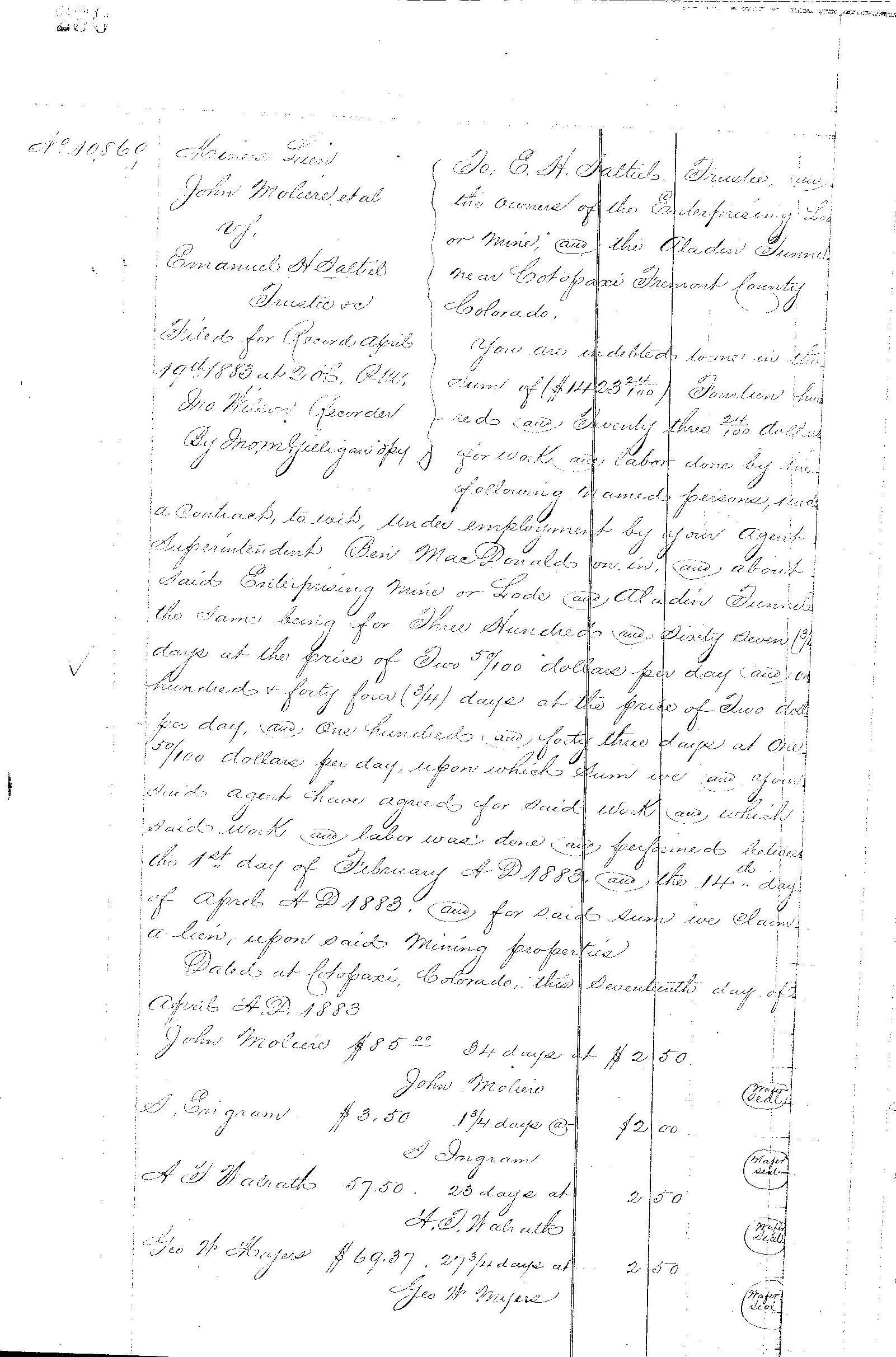 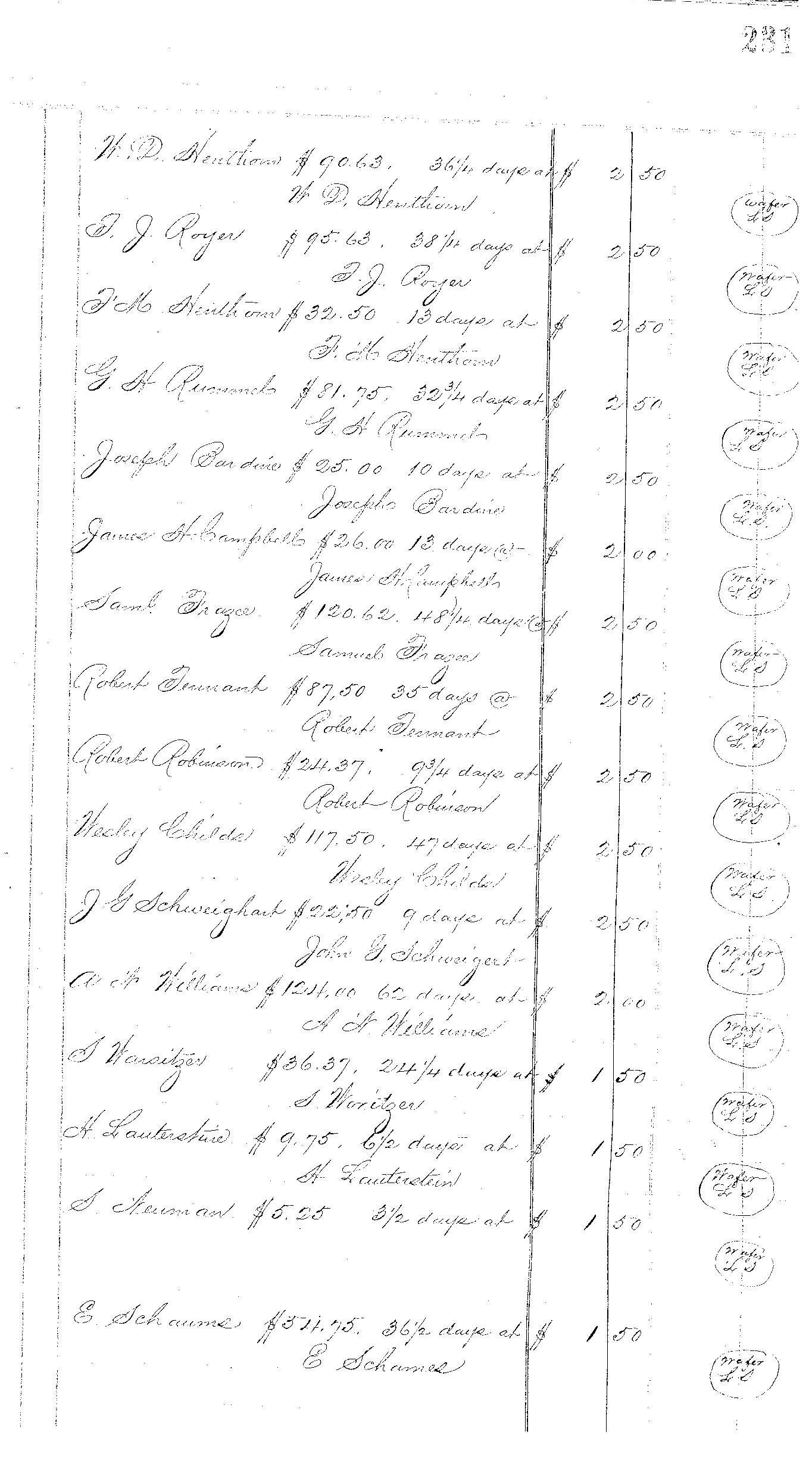 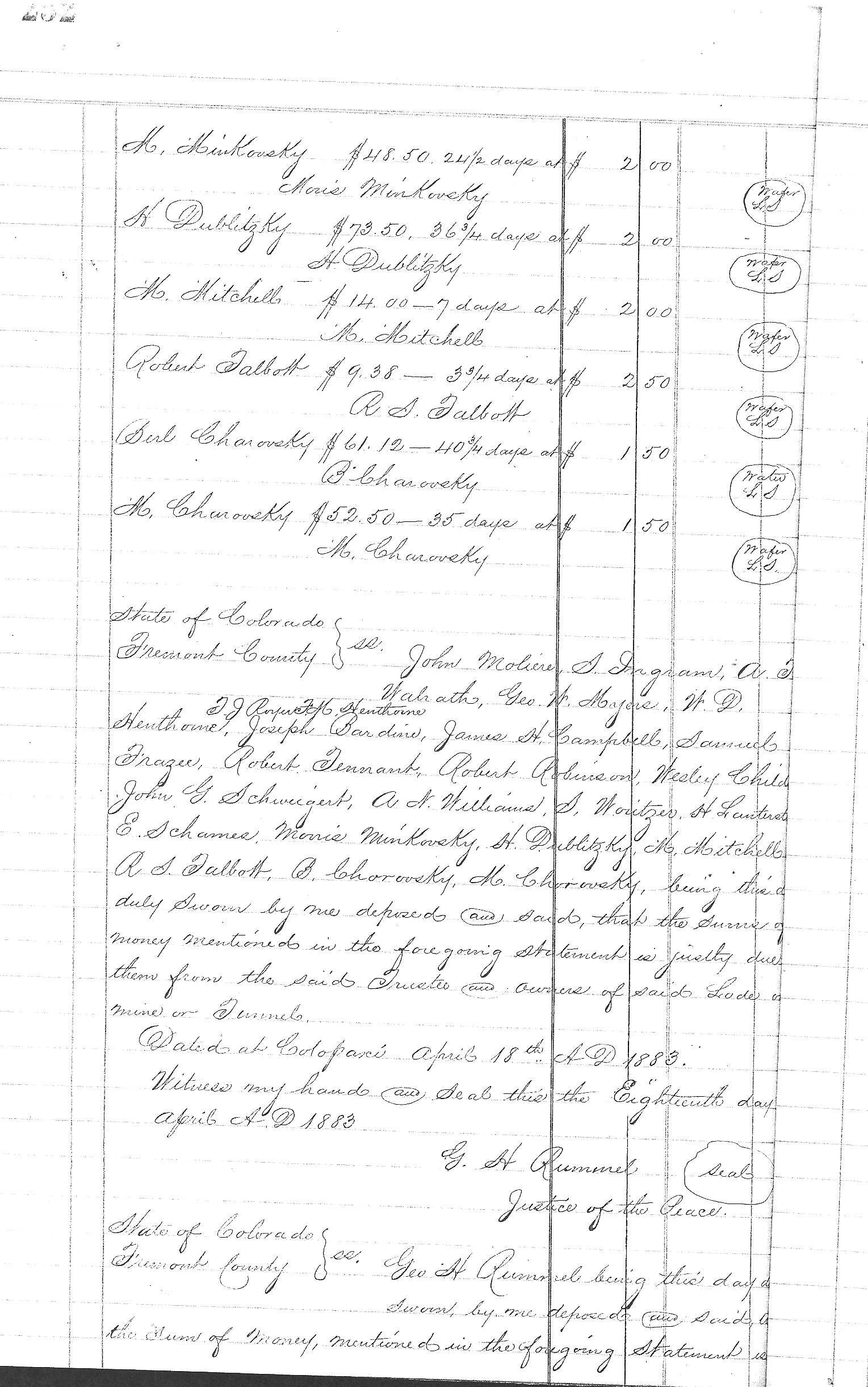 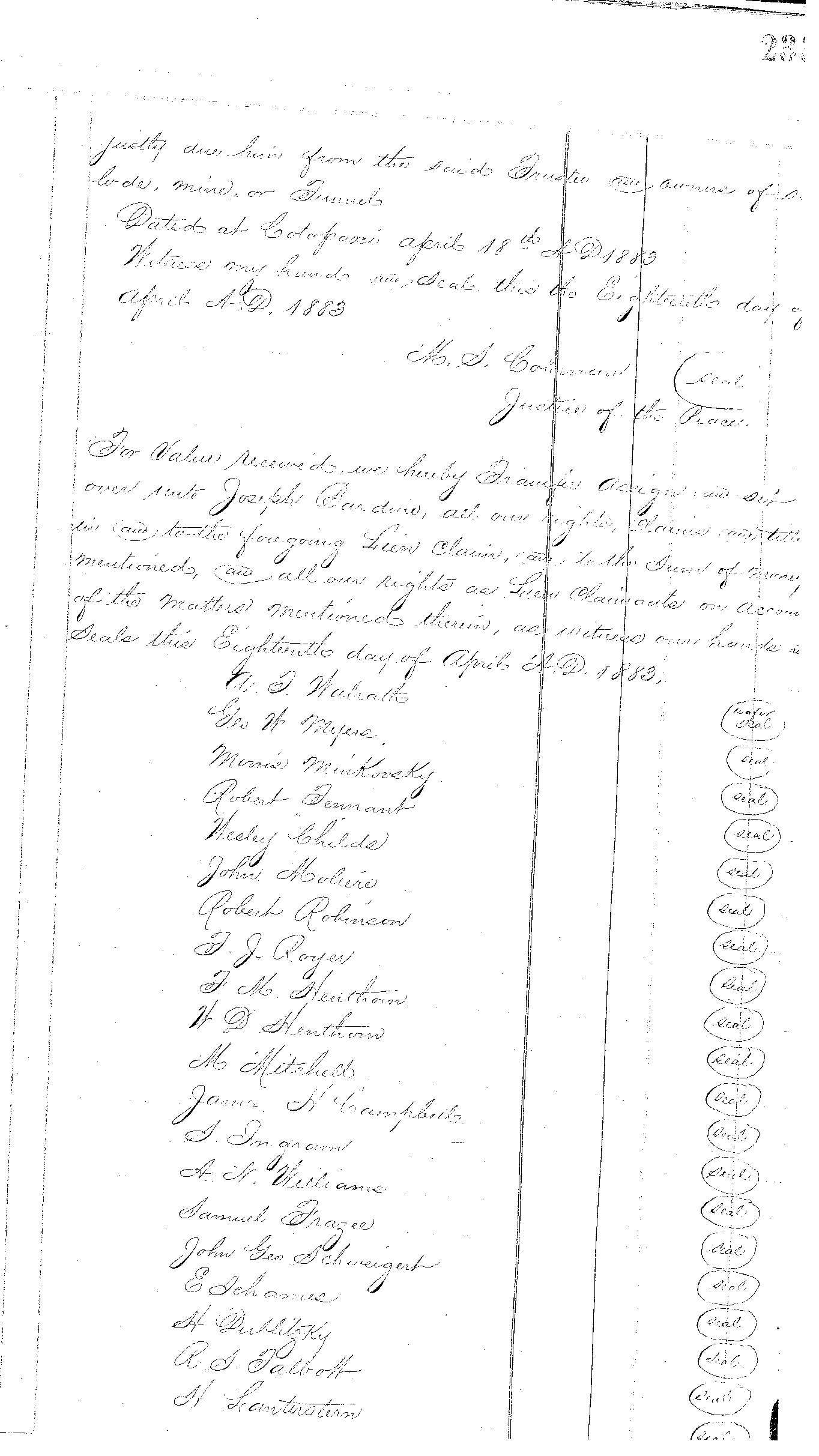 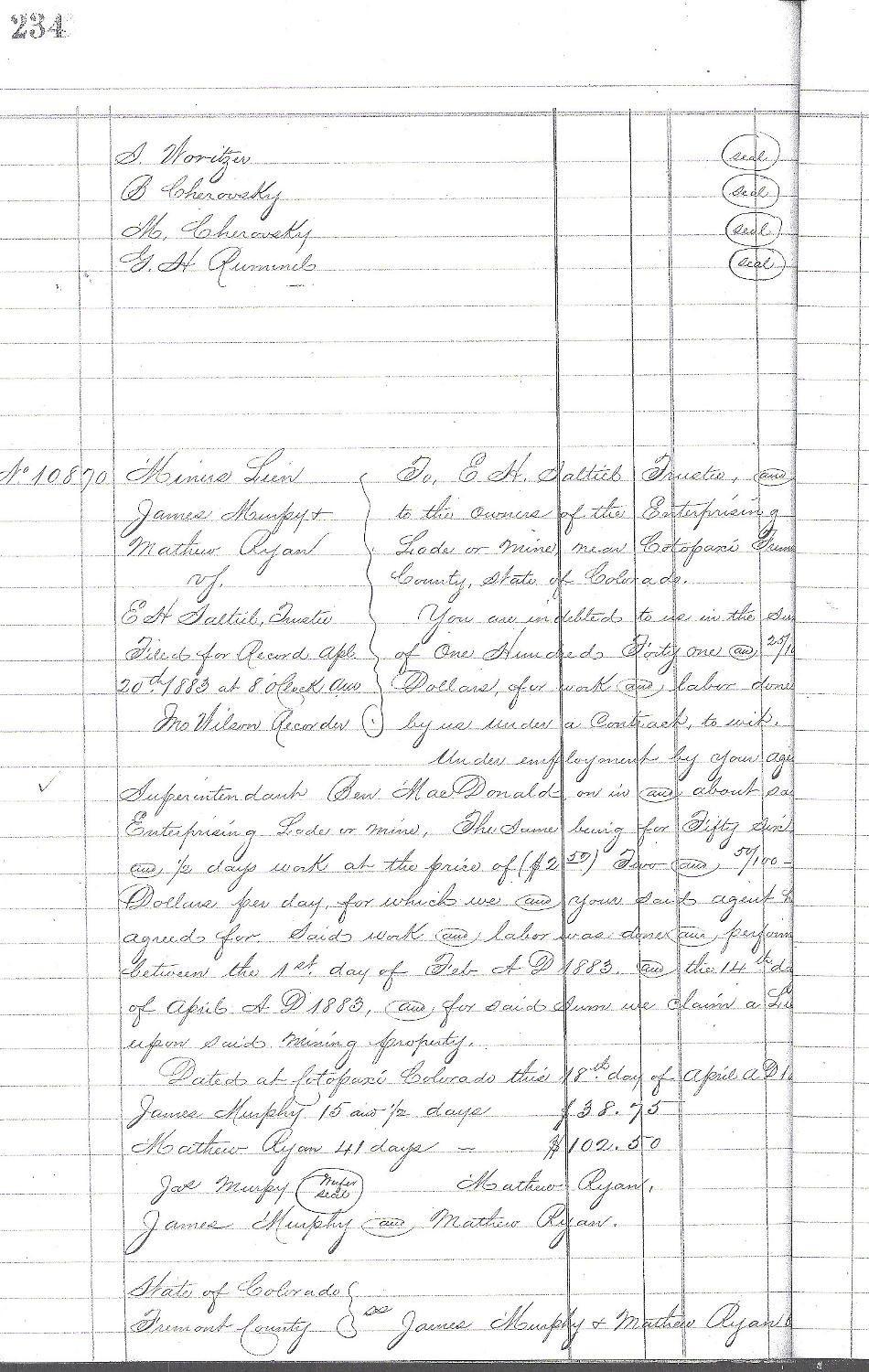 This is a lien against Saltiel for wages earned but not paid at his mine in Cotopaxi.

As it turns out, there were many names on this lien against Saltiel, including several of the Jewish colonists which we list below:

So ONCE AGAIN the local history story is verified. Awesome!

Well, that was fun.

To venerate Emanuel Saltiel because he was named Saltiel is , well, weird; it is non-historical and simply subjective, and a discredit to the actual good that Emanuel Saltiel did..