Jen Lowe now has about 800 names in the Colony Genealogy!

- plots are identified by family name

Susan Rifkin and Peggy Rifkin Lehmann visited us on September 24, 2011

At the Cotopaxi Cemetery

After a snack lunch prepared by Cruz at our home, we visited the colony cabin site near Lake Creek.

Below, Susan (left) and Peggy standing on the same spot their ancestors did! 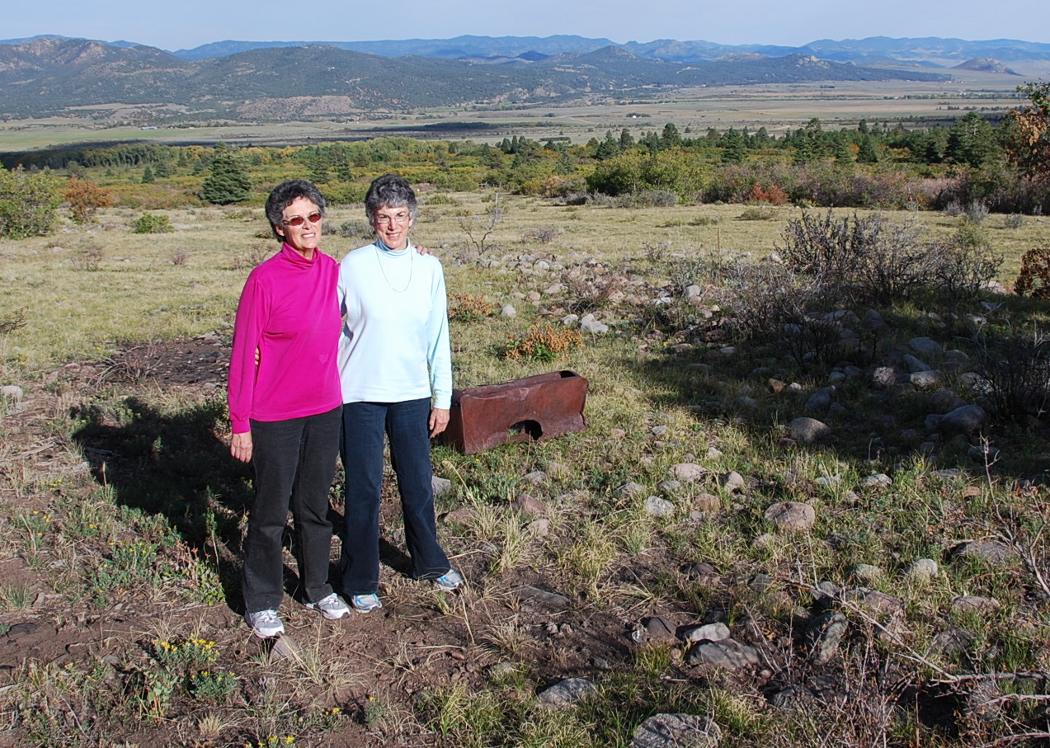 I enjoyed our candid conversation and their perspective on Judaism.

Mike is a descendant of the Schradsky family!

We went to the grave site, drove around Cotopaxi and looked at some old buildings such as the place near the colonist's synagogue.

Mike visited my family and home for lunch and discussion. Later we took a trip to the colony site near Lake Creek, however, the road was still closed due to the forest fire.  We had a good visit.

Mike with camera at the Cotopaxi Cemetery gate. 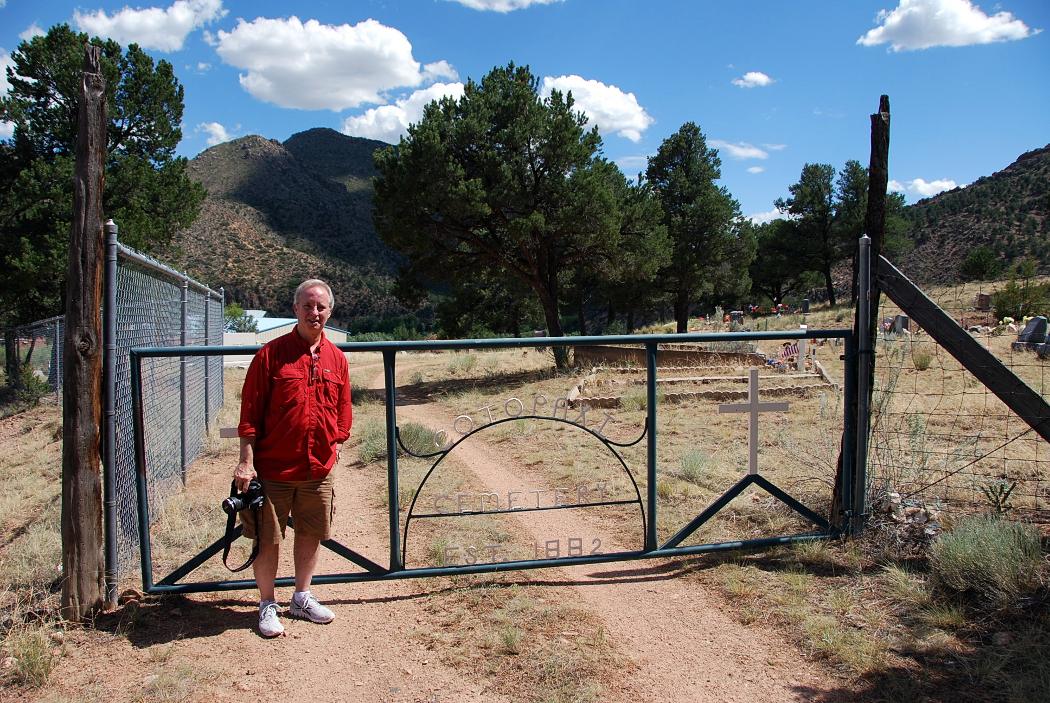 Mike made great sounds with our shofar!!! 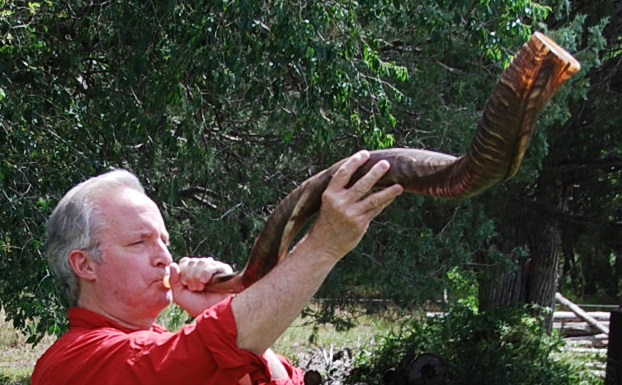 I really enjoyed our visit, thanks for stopping by, Mike!

Evan bought so Cruz and I went!

presented a film titled "From Cotopaxi to Denver" about the Cotopaxi Colonists. 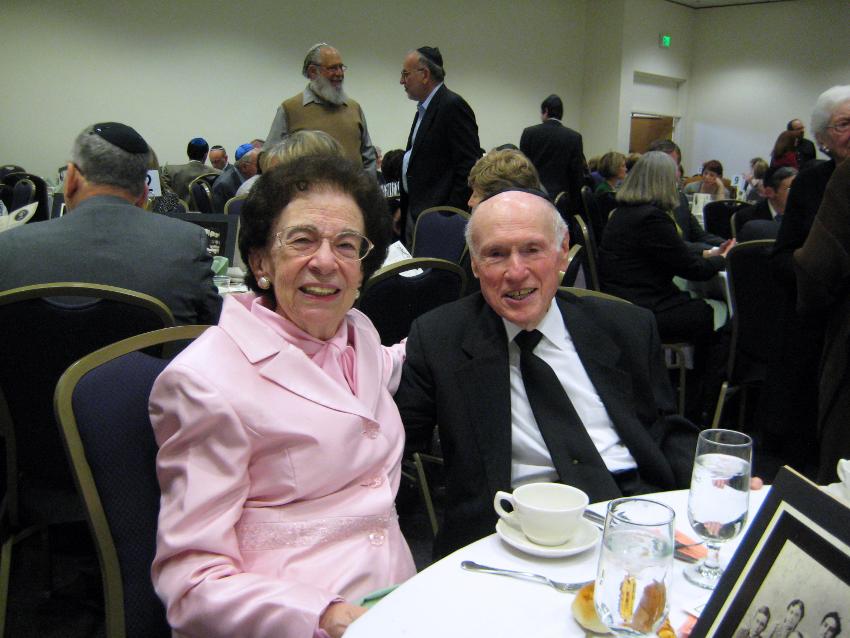 Above: We were honored to sit with Carol and Jerry Freidman.

Carol is a descendant of the Prezant colony family!

The salmon was superb. 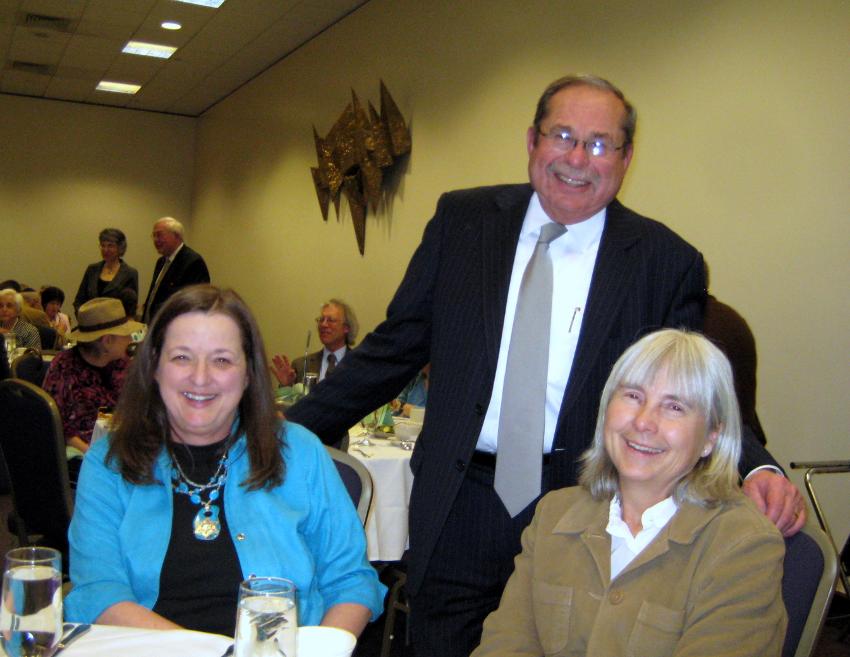 Attending were over 20 descendants of the colony at a quick count. 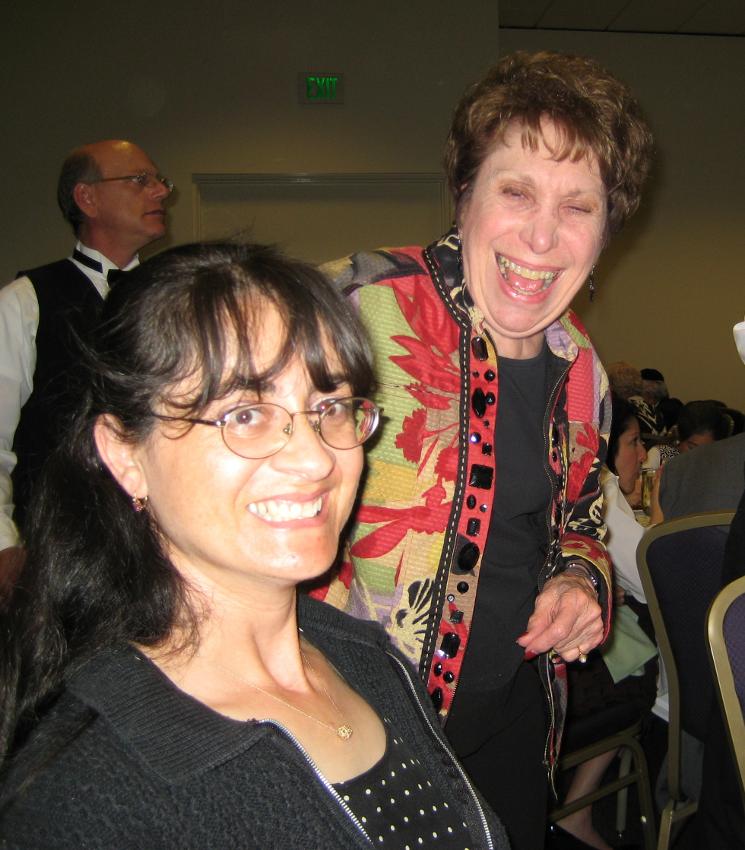 The next day, the crazy red-headed (ok grey) gentile step-child

showed up at Freida Makovsky's home, with camera: 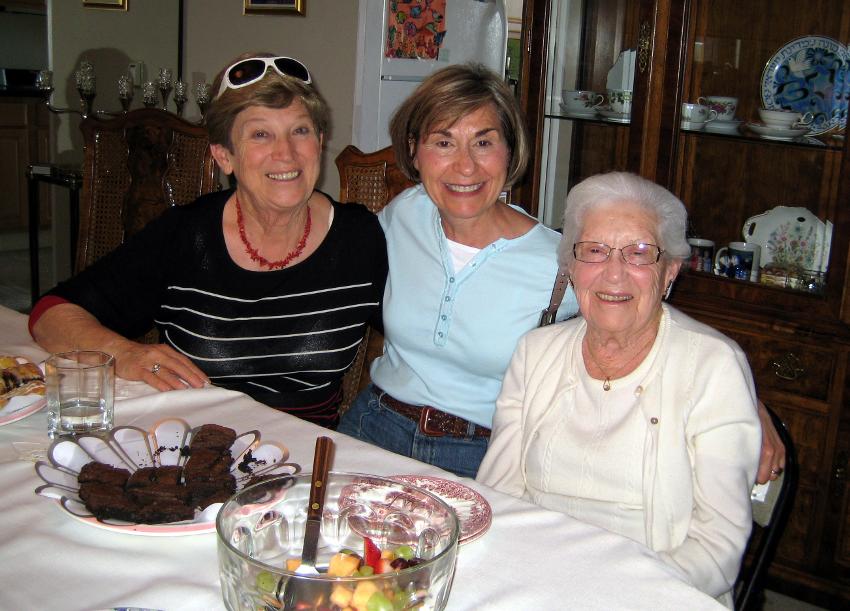 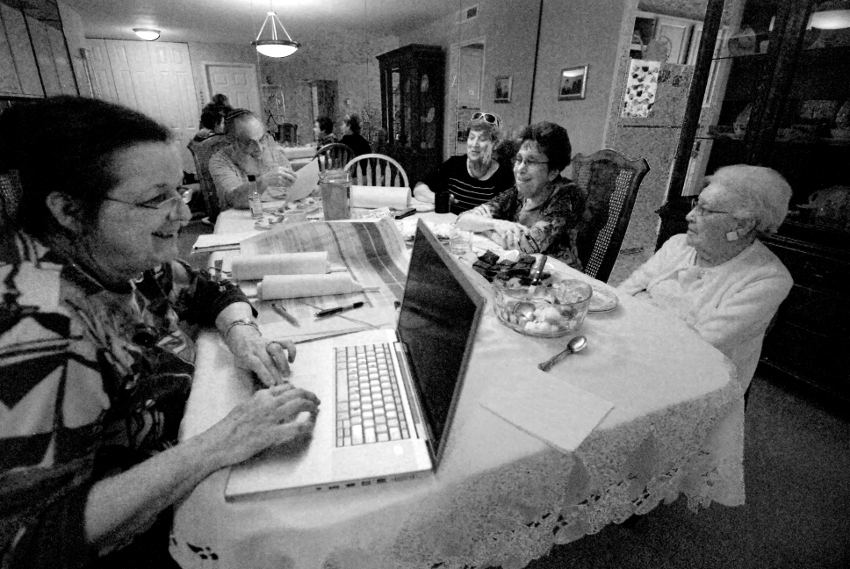 Jen was working on genealogy with Haim, Yaffa, Marcia, and Freida.

My family had the pleasure again of meeting with the Makovsky family!

We met at Frieda (Shames-Makovsky-) Englard's home.  Frieda is the mother of Haim, Evan, and Janet (Makovsky) Lightsome.

Also joining us along with Frieda and Haim were 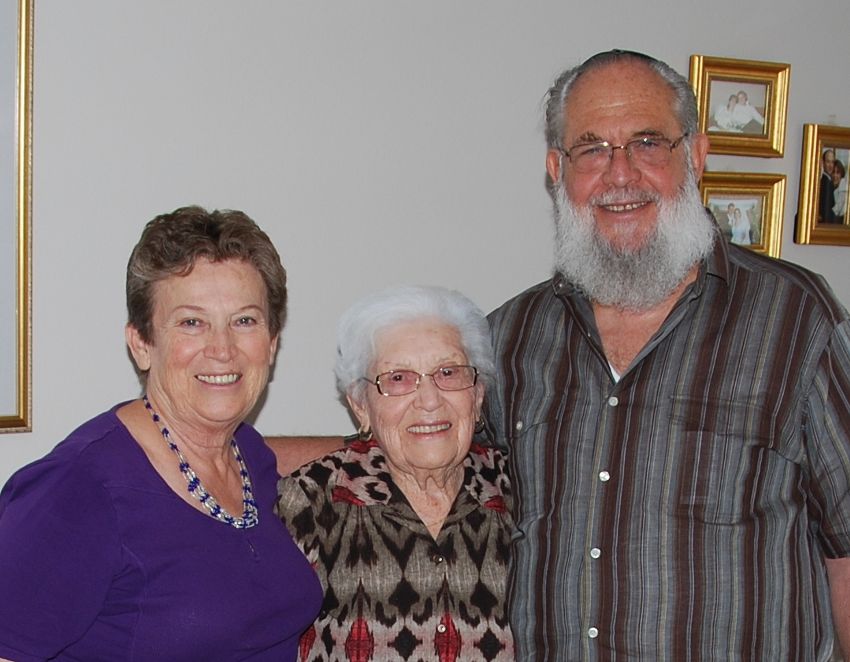 Why didn't I take more photographs???

The time flew as we discussed the family tree.  It was really too much to absorb at once!

Below, Frieda had some photos...

I think Frieda said the man's name was Red Mike.  I believe this is 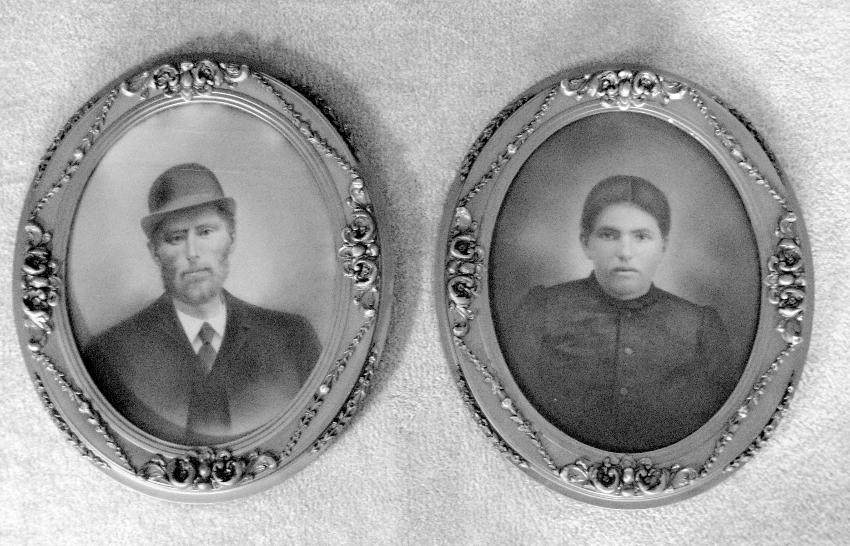 Below is a photograph, circa 1923, of my grandmother Hattie Shuteran Borwick and her husband Benjamin Borwick, with their five children: (from left to right) David, Charles, Florence, Estelle, and the baby Betty seated with a Teddy bear. Betty is the sole survivor of the 5 siblings. She lives in Denver, with my father, Marshall Freedman, a doctor. 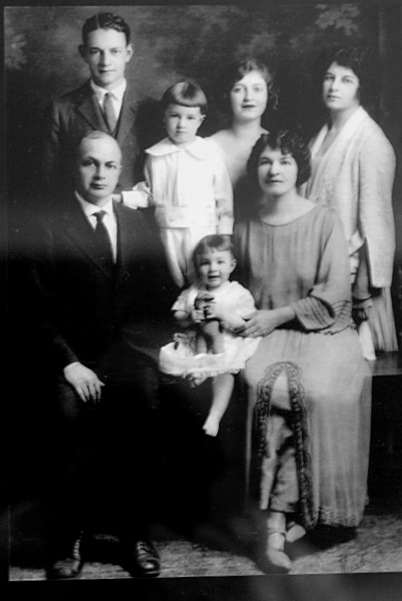 Good fortune allowed us to meet a couple of more colony descendants!  Marcia Snyder and Sheldon Altman visited us on September 20, 2005.  We went to the "upper" colony site on the Oswald's ranch and also stopped by the cemetery in Cotopaxi. Marcia and Sheldon were able to explain some of the errors in our "Makovsky" tree.

I'll try to post some more details but for now here's a photo of Sheldon and Marcia at the "upper" colony site...looking north; 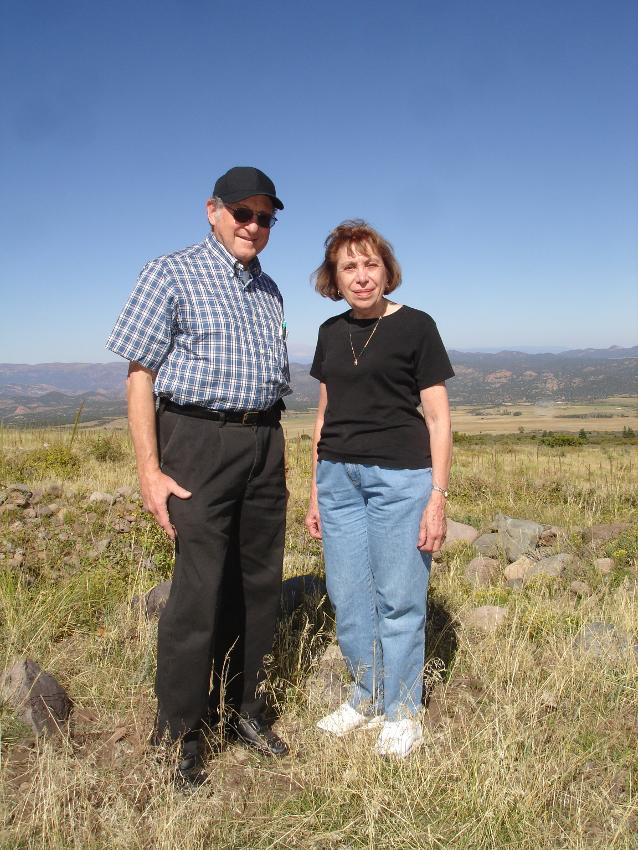 Below, looking north with Pikes peak in the distance. 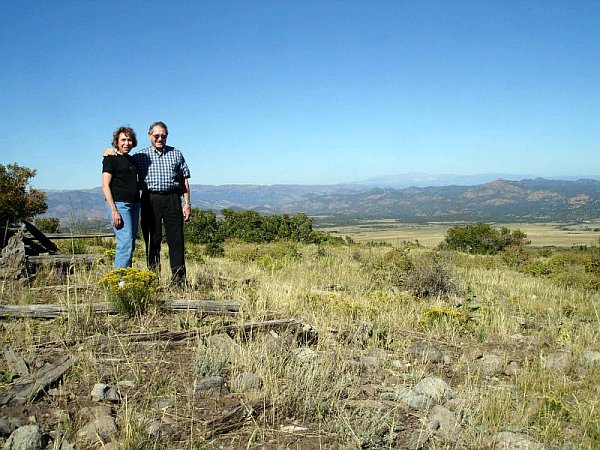 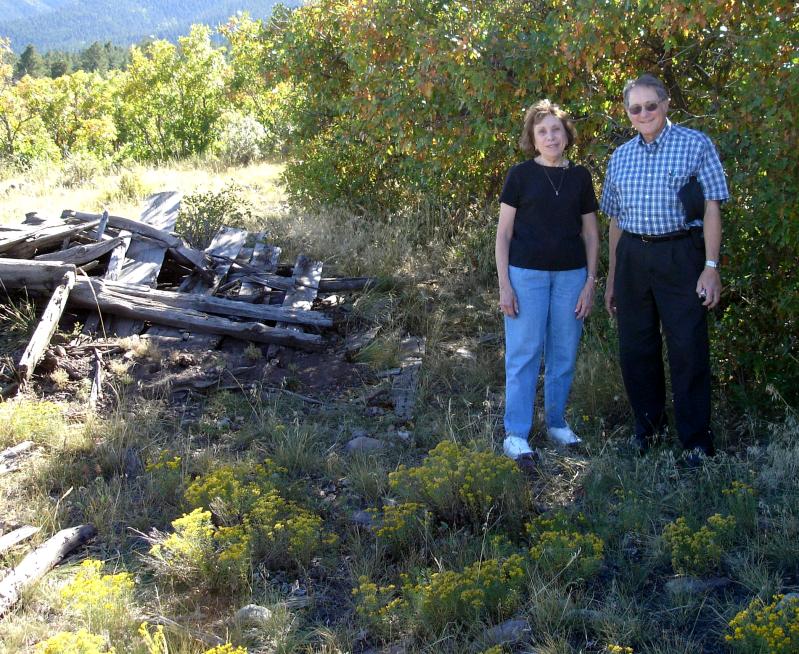 Well, I have a lot of stuff I need to get online.  Haim and Evan Makovsky met with Cruz and me and we had the pleasure of meeting their mother Freida, Haim's wife Yaffa, along with a couple of Haim's grandchildren, and Evan's son-in-law.

Haim, his wife, grandchildren, Cruz, Steve Oswald and I visited one of the Colonist's cabin sites on the Oswald's property (Steve is Nancy's husband).  We have also learned that one of the other cabin sites was just up the hill from where we live!

Below: Haim arrives at the "upper" colony site. 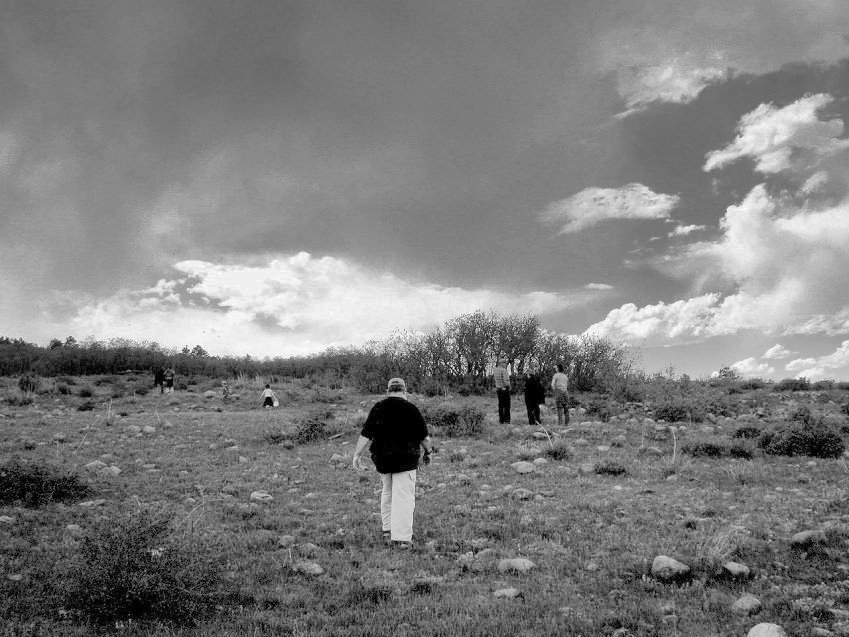 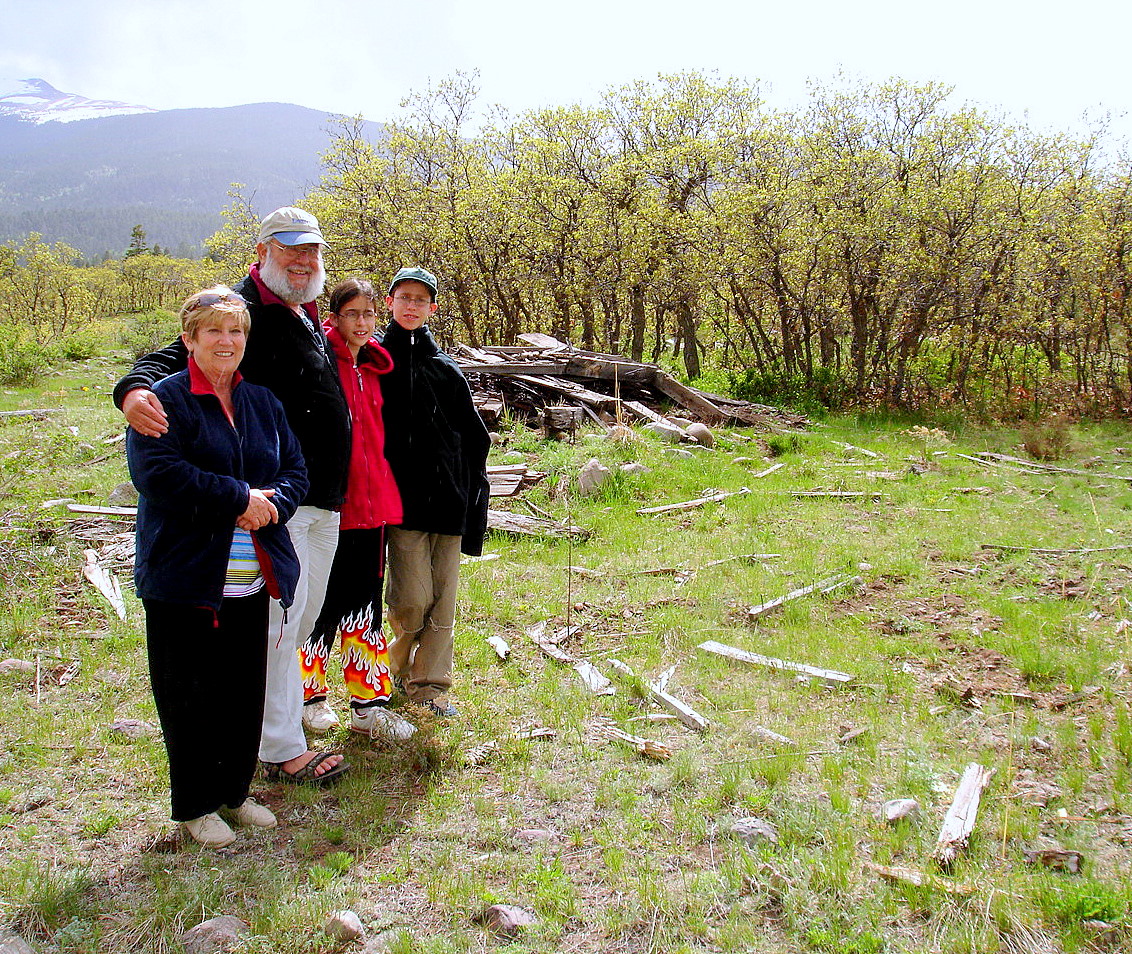 Above: Yaffa, Haim, and their grandchildren at the Upper site.

Building debris in the background. 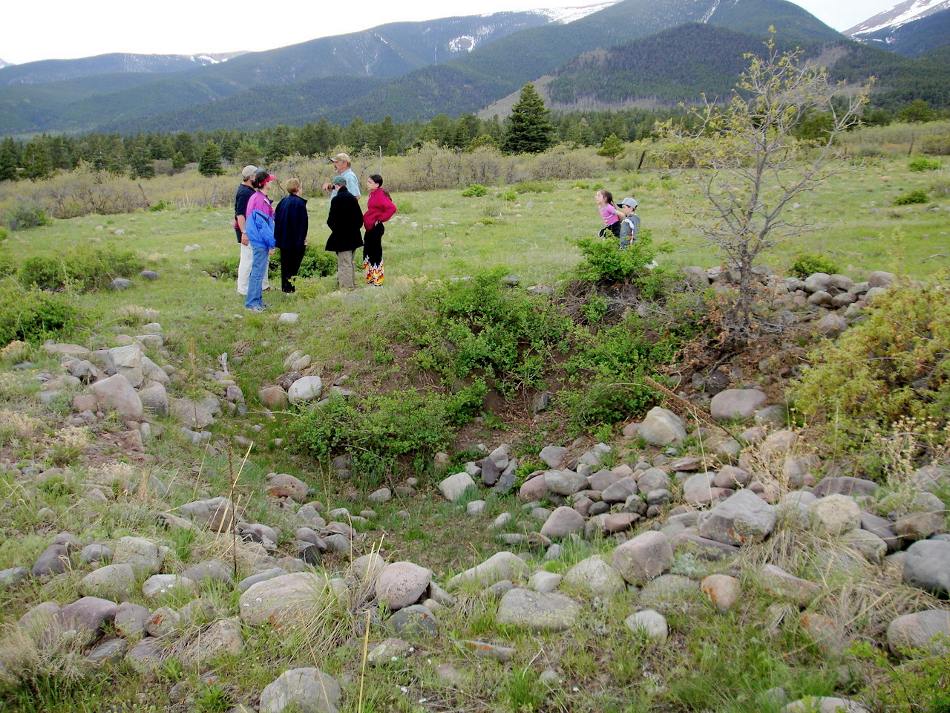 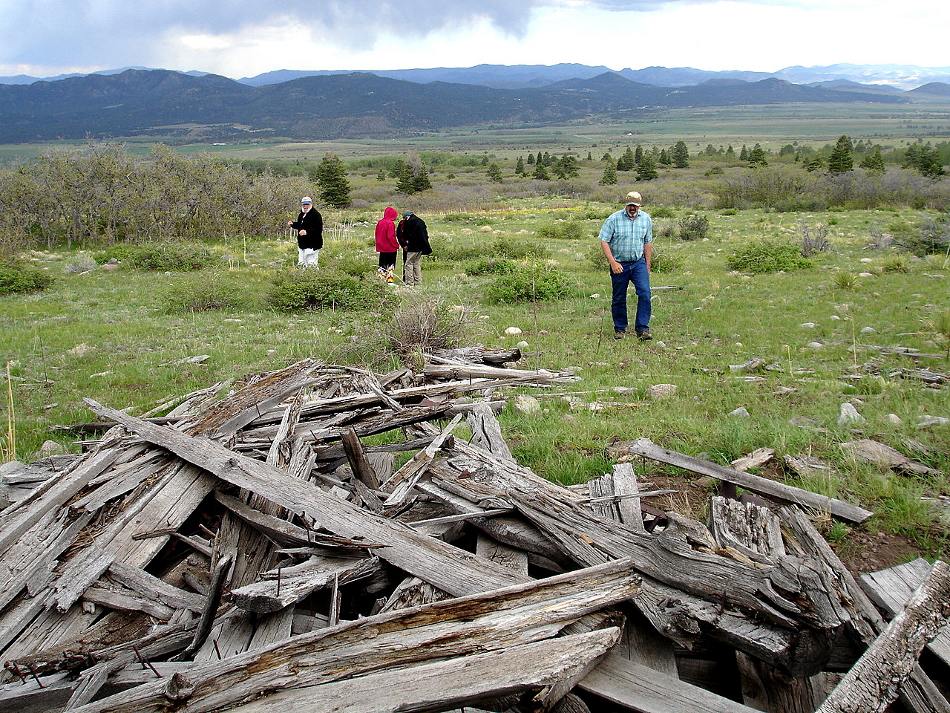 Above:  Steve Oswald and the Makovskys.

Milstein (Makovsky) Family Genealogy is up!!!

On Memorial Day, 2004, Evan and Haim Makovsky met with Nancy Oswald and my family at our house to go over the Makovsky genealogy and Cotopaxi Colony information. Haim and Evan are brothers who grew up in Pueblo, Colorado (75 miles to the east of Cotopaxi), and are descendants of the Colonists. Haim lives in Israel, while Evan resides in the Denver, CO area. We had good discussion and adjourned to the Cotopaxi School, where Charme Krauth, Colony descendant and teacher was located.  Haim, Evan and Charme met at the Cotopaxi School, and while going over a handwritten genealogy scroll that Haim and Evan had, we were able to see how they (Evan, Haim, and Charme) were related -  Sol Baer Millstein was her Great Great Grandfather (I think!).  Great fun!

Milstein Family Genealogy (this is old, with errors) 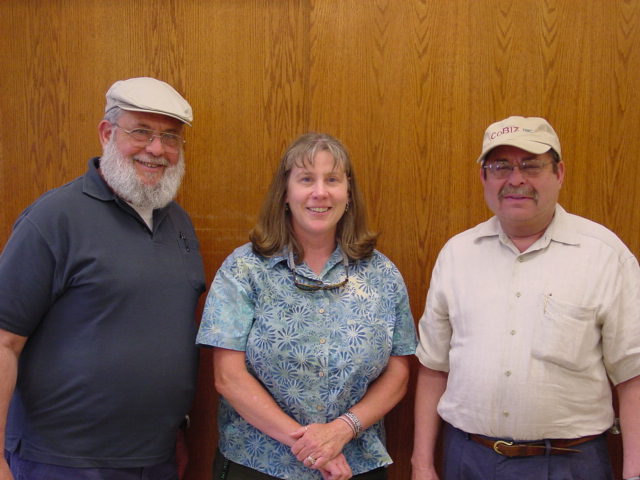 Next is a photo of Evan and Haim just outside the Cotopaxi Cemetery. 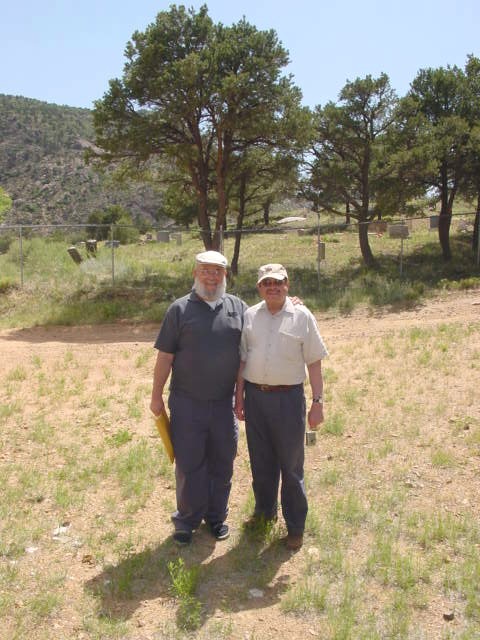