In 1882 there was a large Colony of immigrant Russian Jews in Cotopaxi, Colorado...

They were NOT likely the first Semitic agricultural colony in Colorado...

Cotopaxi as seen looking north-west from the hill behind the Cotopaxi church.

Top Right:  View from Cotopaxi looking west through the canyon.

Bottom Left:  Looking west from the "Mow" ranch towards areas of the large black-shaded area of map.

The Cotopaxi Colony:  A Thesis by Flora Jane Satt

permission from Flora Jane Satt, her thesis "The Cotopaxi Colony" is posted here.

This thesis contains a good history of Cotopaxi, and I think this is the best source of info on the Cotopaxi Colony.

credit is due to my wife, Cruz,  for entering most of the thesis into MS Word documents. My sister Jen Lowe has entered  Part VI - Bibliography .  Jen has also done a tremendous about of research and is compiling the Cotopaxi colonist's genealogy.

Check out Jen's IF-Then Blog:  If you think it didn't happen

concerning the Jews of Brest Litovsk

that did not come to Cotopaxi

"....when you do genealogy and see that an entire family of 3 generations ALL died on the very same day.....
you know that it is real."

Cotopaxi Colorado:  A Road Marker for the Return to Jerusalem?

Were the Colonists Hassidim or Haskalah?

If they were strict Chassidim, they would likely have never left Russia... The Descendant's Page

There was a synagogue in Cotopaxi!

Gravesite marker is up! 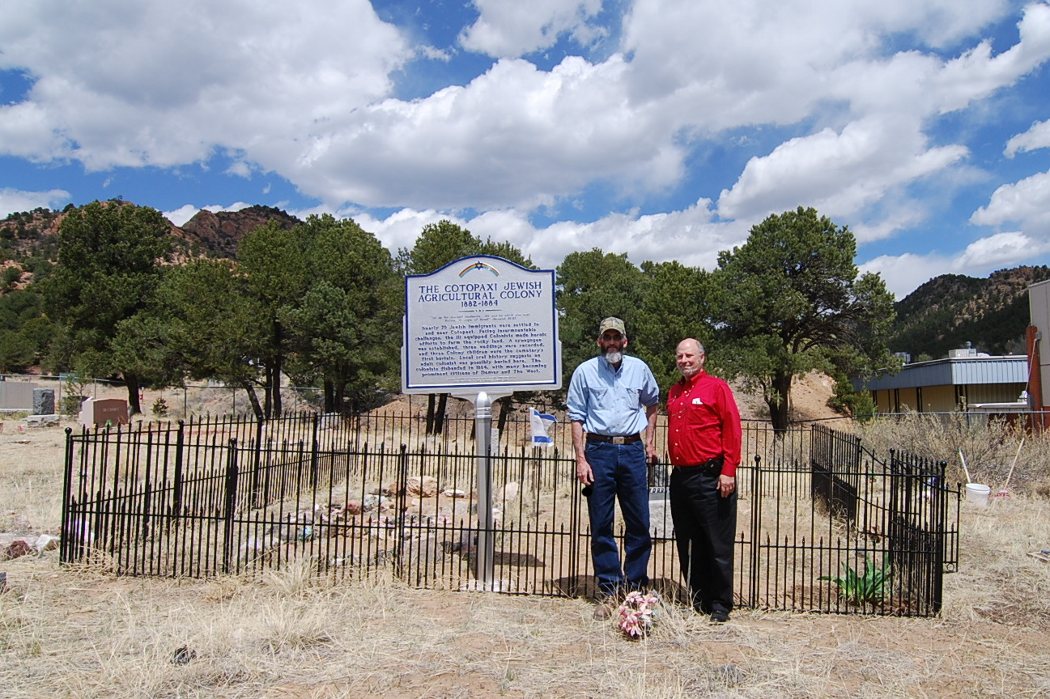 With Jerry Klinger (red shirt) at the colony gravesite, April 29, 2011

A special Thank You to Jerry and Judy Klinger

Thanks to Congressman Doug Lamborn for the kind words about us

recorded in the July 13, 2011 Congressional Record.

A panoramic  view of the "upper" colony site.

This represents a bit more than 180 degrees.

On the left side, the view is towards the north,

and on the right side, towards the south.

No smooth talking is going get in the way of history on this site.

But I think the bottom line will remain thus:

Although not likely his primary intent, Saltiel helped some Jews get out of Russia at a time that saved them from immediate Russian government oppression and also saved them from the future Holocaust.

In this light, Saltiel's good BY FAR out weighs his not-so-good.

Was Saltiel a crook and con man? Absolutely.

But if one Jewish life was saved by his actions, even inadvertently, then he is elevated far above many others.

This is a proper view of Emanuel Harris Saltiel.

All the while, bearing in mind -

The Colonists that came had the mindset to come, Saltiel or no, as evidenced by Jacob Milstien's presence in America before Saltiel met with HAIS. 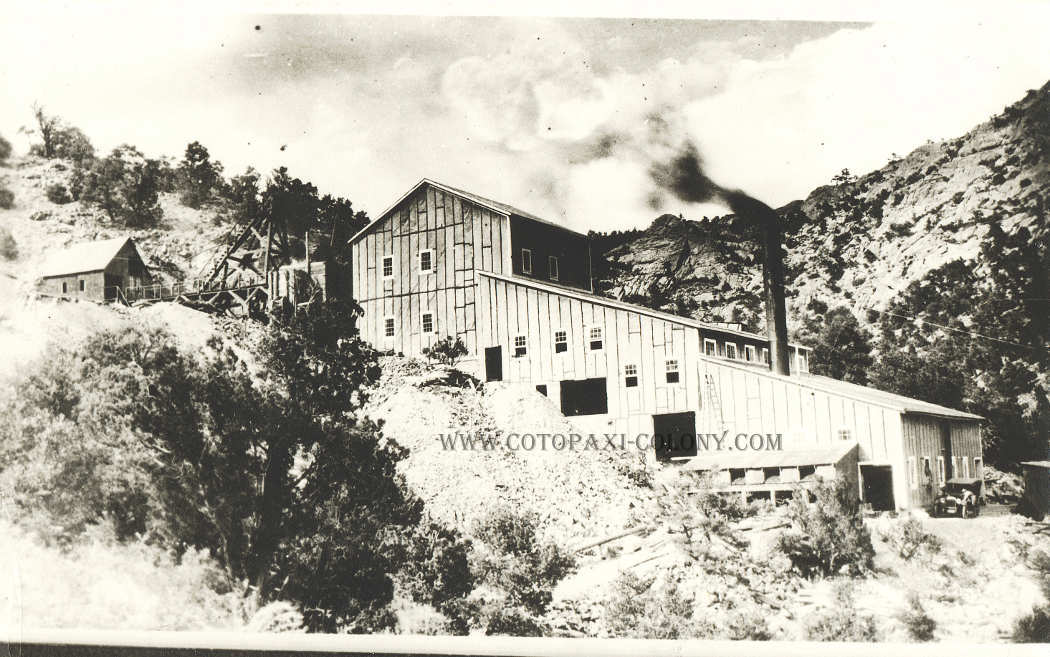 Above, The Cotopaxi Mine Built by Peter Young in 1919.

his was later (note vehicle) than the time of the Cotopaxi Colony.

Quote: "In 1905, a small group of Jewish community members began meeting in Portland stores and homes to hold prayer services. Eventually, the topic of organizing a synagogue came up, and after months of organizing and fundraising, they founded Shaarie Torah. Under the able leadership of Joseph Nudelman, of blessed memory, the group purchased a Presbyterian Church on SW Third Avenue and moved it to First Avenue, south of Hall Street. The building was refurbished and became the first official home of Shaarie Torah." 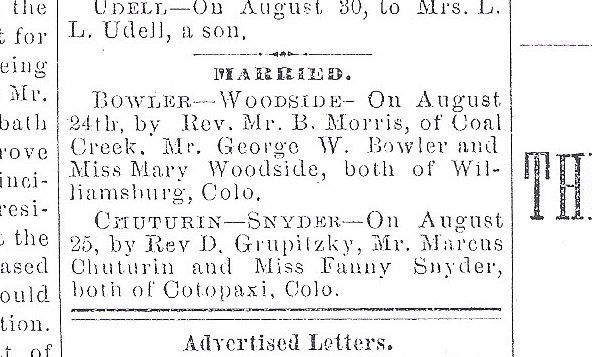 both of Cotopaxi, Colo."

D. Grupitzky probably was David Korpitsky. BUT maybe not..... developing...

Note the "Rev" - good to have a sense of humor.

We have found three marriage certificates of the colonists:

"David Korpitsky served as rabbi and performed two weddings that first summer.  The first united Max Shuteran and Hannah Milstein and the other was the religious ceremony which finally, even in the eyes of the most orthodox, sanctioned the civil union of Jacob Millstein and his cousin Nettie."

We Have Found:  The Beehive Mine

This is of local history interest to those interested in buried treasure...

Photo:  an old crib in an old shed in Cotopaxi... 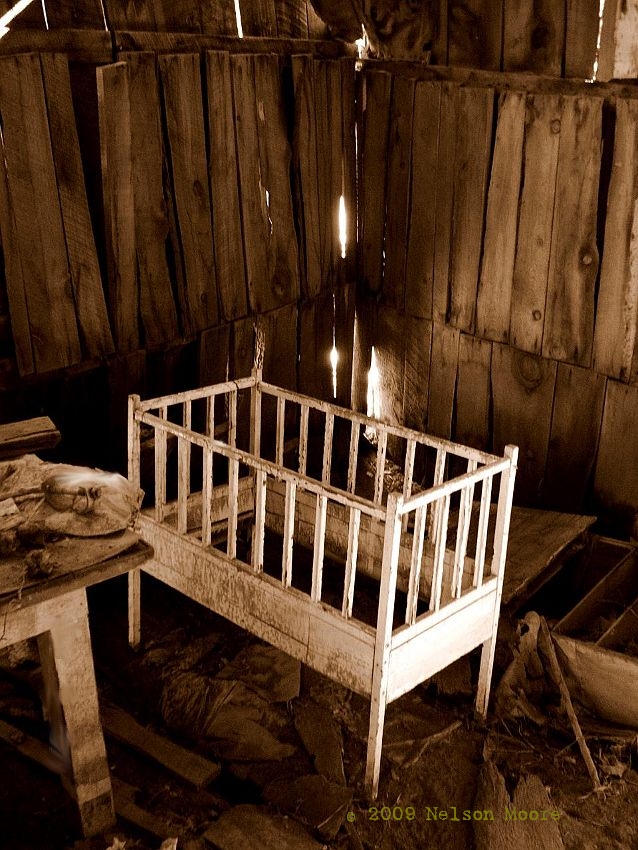 Now the facts are, that only six

of the houses are constructed on town lots,"

(so this should be read - six of the shacks Saltiel built were within the Cotopaxi townsite - not on the land they were supposed to farm...that was up to 8 miles away!.)

"The houses are double-boarded with tar paper between them, are sixteen by twenty feet and are twelve feet high in the center"

At some point, we will have to take a look at just where these properties were.

historian and author Nancy Oswald has finished her fiction novel about the Jewish Colony. To read an excerpt of her book, Nothing Here But Stones, go to her website: click here!

Additional information on the Jewish colony in Cotopaxi Colorado:

Notice there is no E.S Hart building.  A 1920's shot shows the two similar buildings left of center as  the RR depot, and Hart's store (Glenn Mullins' home now) would be just to the right a smidge and across the tracks.   Note Saltiel's house, background left is single story.  I think he built the house in 1881, and added a second story in 1883 (?). And Vic Miller made it a one story again in the (?) 1950s.  So...this might even be before the colonists were in Cotopaxi.

History of the American West, 1860-1920: Photographs from the Collection of the Denver Public Library

Hard Times: The Jewish colony at Cotopaxi, by Nancy Oswald

Why the Jews emigrated, by Martha Quillen

The Christening of Cotopaxi

Names of the Cotopaxi Colonists. Jewish Genealogical Society of Colorado

A Brief History of Highway 50

Cotopaxi, Ecuador  The other Cotopaxi!

and last and least:

Thanks to all the sites linking!

Make no mistake, this is the original  authentic Cotopaxi-Colony website!